The 24th Danilo Re Memorial: competing, learning and celebrating 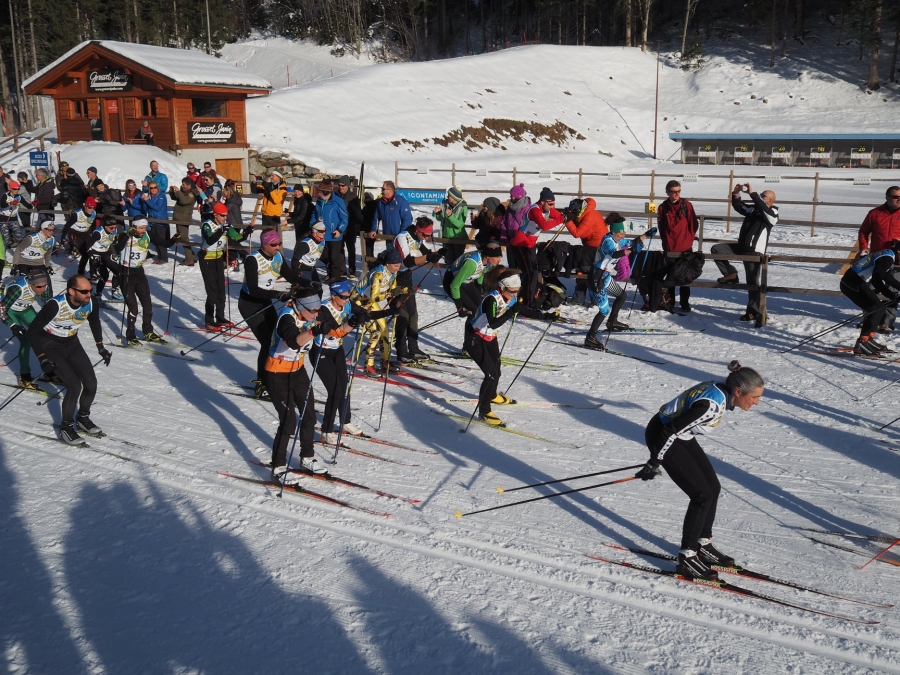 The 24th Memorial Danilo Re took place at the Les Contamines Montjoie Natural Reserve from 24th to 28th January 2019, in the frame of the celebration of the 40th anniversary of the Reserve.

The event gathered the Alpine rangers, staff and managers of protected areas that are daily engaged in the conservation and protection of the alpine biodiversity. Participants from Austria, France, Germany, Switzerland, Italy, Slovenia and even Slovakia competed in four categories: mountaineering ski, giant slalom, shooting and cross-country, with a total of 50 teams: a record number of participants for the Danilo Re Memorial.

The pupils of Les Contamines Montjoie schools opened the ceremony: they sang the European hymn and presented the work done on the emblematic species of the Alps.During the opening ceremony, the French Ministry for the Ecological and Solidary François de Rugy, gave a video speech “Thanks to you [staff of the protected areas], your professional involvement and your personal commitment for the Alps and these fragile mountains, biodiversity conservation is here at the heart of the concerns of all" Ministry said during his speech "The event marks the entry in an important year for the action of France in the Alps, since we will endorse, next April, the Presidency of the Alpine Convention.”

Seminars on tourism and environmental education
In addition to the competition, two seminars were held. One, focused on sustainable tourism on the Espaces Valéens terriotires in France and organised with the CGET took place on Thursday 24th.  A second, held on Friday 25th focused on the role of the protected areas and their staff in raising awareness and reconnecting the young people to the mountain environment. Experiences from the YOUrALPS project and associated protected areas were presented.
The Memorial hosted as usual the ALPARC General Assembly.
In addition to the competition and the seminars, Alpine and transnational friendship was celebrated.

The results of each discipline as well as some pictures are available on the Danilo Re Web site and on Facebook.

The 25th Memorial Danilo Re will took place at the National Park Hohe Tauern -Salzburg from 16th to 19th January 2020. You are all invited to save the date.

With the financial supports of :