Whatsalp – a long-distance hike across changing landscapes in the Alps 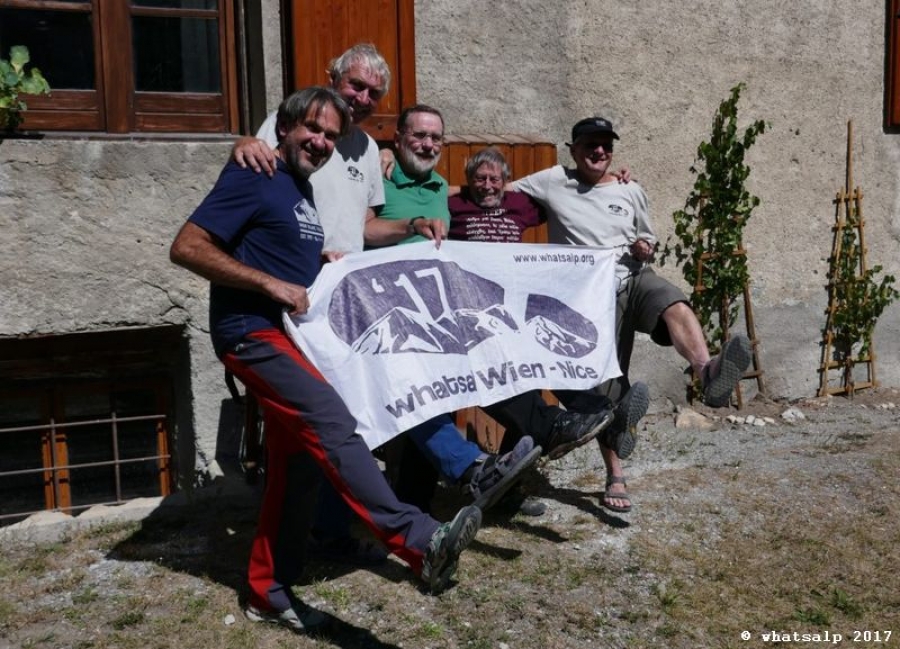 In June 2017 a core group of hikers departed from Vienna and have been travelling through several destinations all over the Alps on a journey of 120 days that will lead them to Nice at the end of September.

Whatsalp is the continuation of TransALPedes, a journalistic-political project launched in 1992. Back then, a core group of eight specialists and media workers, accompanied by a group of interested parties, crossed the Alpine region in four months. Thanks to more than 100 encounters TransALPedes built up an international network of 800 people with committed individuals, groups and authorities engaged in the protection and long-term development of the Alpine region.

In 2017, all along the hike the core group has already had the opportunity to set up numerous site meetings with interested individuals, groups and institutions, shedding light on and discussing the changes in the landscapes and societies across the Alps that have taken place over time. The group has also been in touch and had some exchanges with the youngsters of the “Whatsalp Youth” project led by CIPRA. As the Whatsalp hike has largely followed the route that the TransALPedes Group walked 25 years ago, all the meetings have been a great opportunity to make relevant comparisons and reflect over the traces left by humans and natural events in the past as well as to draw attention to future perspectives.

Whatsalp hike has been reported through short texts, films and photos on a blog where the group has been communicating on a daily basis about what they have seen, heard and experienced.
For further information about the roadmap of previous and future meetings, the route of the hike or to register for the last stages and join the core group, please visit the website of the project.