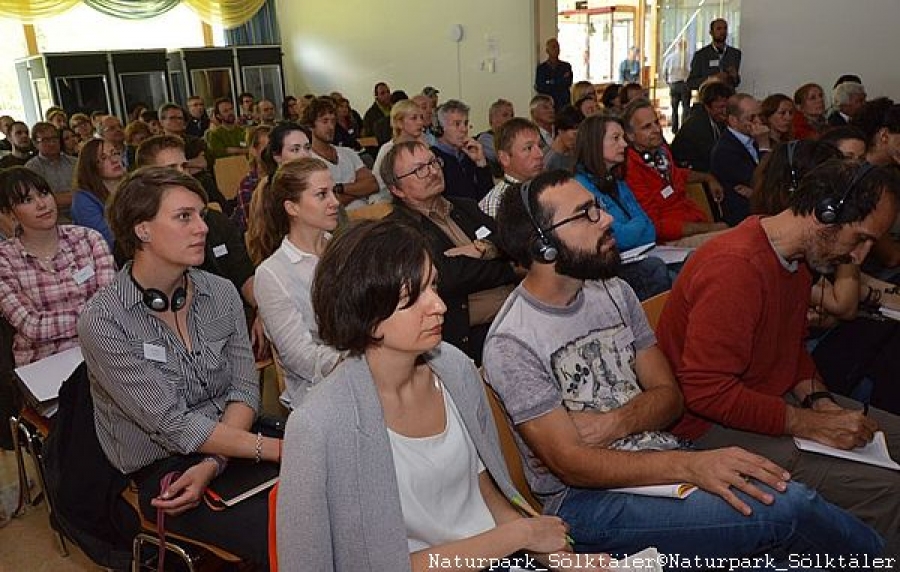 Wolf populations have been thriving in central Europe since the 1970s due to protection laws and hunting regulations. As result of this protection, the wolf started to settle down again (2016) in Austria for the first time in more than 120 years.  However, it is not always easy for inhabitants to live with this large carnivore. Alpine landscape users, such as those involved in tourism, animal husbandry, agriculture, forestry and hunting were fearful and uncertain about the wolf’s return, especially due to incidents of sheep killings near the Sölktäler Nature Park (AT) in 2015. Overall, the presence of the wolf in Alps can have significant economic and social impacts for Alpine populations who depend on the landscape for their livelihoods.

From May 17th- 18th, 2017, the international conference ‘The Wolf in Alpine Landscape’ was held in Sölktäler Nature Park, Austria. The goal of this conference was to bring together experts from the Alps and Carpathians to give clear and objective information on the wolf and to discuss the challenges that came with its return for Alpine landscape users. Open-discussion sessions were a key part of this conference in order address the apprehensions expressed by Alpine populations. The international conference, which had over 100 participants, created space for an objective process of problem solving to take form and debuted with the exhibition ‘The Comeback of the Wolf’. Some key events from the two-day conference included:

Overall, constructive debates where held on a variety of topics such as the possibility of relaxing wolf protection statuses and the need for action from the political realm to maintain the cultivation of the Alps to prevent severe consequences on Alpine culture, food production quality, biodiversity, tradition and landscape. Moreover, there is a need for all populations, including urban, to become aware of the return of the wolf and to take responsibility for the potential monetary and psychological impacts that it can have on Alpine landscape users.

The event was co-organized by ALPARC and the Sölktäler Nature Park.

The complete report of the international conference can be downloaded below.